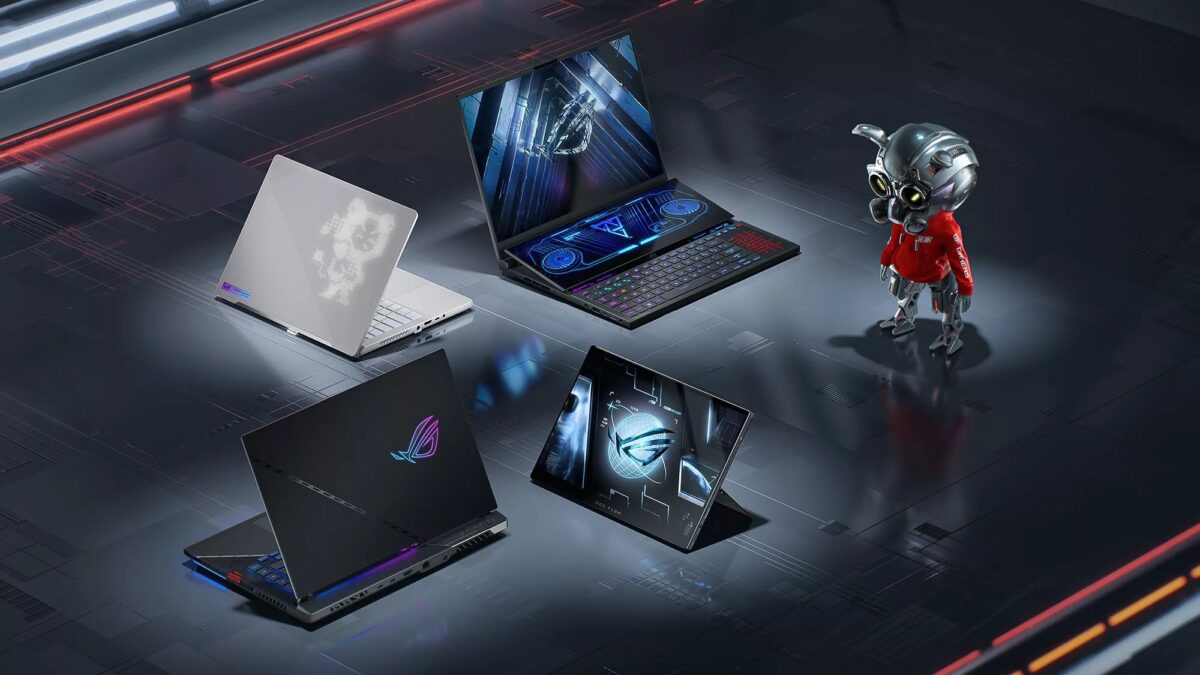 Although laptops are more portable than desktop computers, gamers are increasingly wanting to get gaming laptops so they can play games both at home and out. Meanwhile, laptop companies like Asus have started producing thin, light, and portable gaming laptops with cutting-edge hardware that can easily run the majority of current PC games.

Both lightweight gaming laptops and less portable laptops that are primarily focused on giving the finest gaming specs can be found in the list of the best Asus Laptops for Gaming that is provided below.

Asus offers a wide range of laptops, many of which are updated yearly with the newest specifications and some improvements over the previous iterations. The Asus TUF (FX506LH) features a brand-new look that does away with the gamer-centric design that has blighted the gaming industry for the previous few years. Although advertised as a gaming laptop, this specific model is well-balanced, and has a pleasant backlit keyboard.

The Intel Core i5-10300H, 8GB RAM, 512GB SSD, and Nvidia GeForce GTX 1650 GPU with 4GB of RAM are all components of the ASUS TUF Gaming. Therefore, even though it lacks the newest Intel and Nvidia technology, the system is set up to perform as expected for both productivity and gaming.

When it comes to performance, it is competent for both gaming and work. Despite being almost two generations behind their respective competition, the Intel Core i5-10300H CPU and GTX 1650 GPU are still useful for medium workloads and games.

The TUF Dash F15 is currently the most economical all-purpose/gaming laptop series from Asus, and the 2022 upgrade makes it significantly more powerful than the previous model. Plus, the laptop is robust and well-made; it is also slightly thinner and lighter than the typical mid-range 15.6-inch laptop.

You can have some remarkable frame rates with the appropriate games to fully utilise the fast-refresh screen. This laptop runs for a respectable amount of time on battery alone even when running those games at their maximum settings without getting too hot or loud.

That body conceals some impressive technology, including some of the top Nvidia and Intel selections. This indicates that the TUF Dash F15 is a powerful gaming device that can benefit from ray tracing and DLSS. It also maximising performance with Dynamic Boost and maintains a quiet environment with Whisper Mode.

However, this laptop’s keyboard is quite simple in comparison to other Asus laptops. Whatever the case is, in terms of RGB lighting. Only a few effects are there, and there is no key-by-key illumination. The settings are fairly simple.

Whether you want speedy screens or breathtaking images, the Asus Rog Strix G15 is a gaming monster with some amazing features. This is because of the fact that now in addition to having a powerful processor, it is also equipped with a Full HD 300Hz or a WQHD 165Hz panel.

When it comes to general performance, the ROG Strix G15 is a blast to use. The screen density is excellent for learning and working at this screen size. Though not the most colourful for watching videos, the screen is pleasantly non-reflective and performs admirably in terms of high contrast, illumination, clarity, and colour reproduction.

Overall, the ROG Strix G15 is a fantastic gaming computer with far more advantages than cons. It’s one of the top laptops for gamers. Even though it’s not precisely light, the ROG Strix G15 is portable enough to serve as your daily laptop and can perform a variety of tasks. The speakers are a real boon, and the keyboard and trackpad are comfy.

The ROG Strix G15 laptops focus more on establishing a balance between price, features, and performance than than trying to be the best gaming laptops available. This machine features a powerful processor, a sharp display, and all of the most recent connectivity, storage, and RAM standards.

The Asus ROG Strix 17 a true gaming beast. It has a Ryzen 7 6800H CPU from AMD, clocked at up to 4.7 GHz. It offers a robust multi-threaded performance with 8 cores and 16 threads so you can play, livestream, and record games without suffering latency.

The laptop has NVIDIA’s GeForce RTX 3050 Ti GPU on the graphics side, enabling you to play the newest video games at their highest settings. The Strix G17 is a great laptop for music and videographers due to its CPU and GPU combo. Therefore, the G17 can be the perfect laptop if you’re seeking for a strong device for operating programmes like Adobe Premiere Pro, After Effects, and Illustrator.

Summary The most recent Asus gaming laptops may be the solution to your gaming needs if you desire exceptional performance at an affordable price. They are not only quick and affordable but also powerful and well-made for gamers.